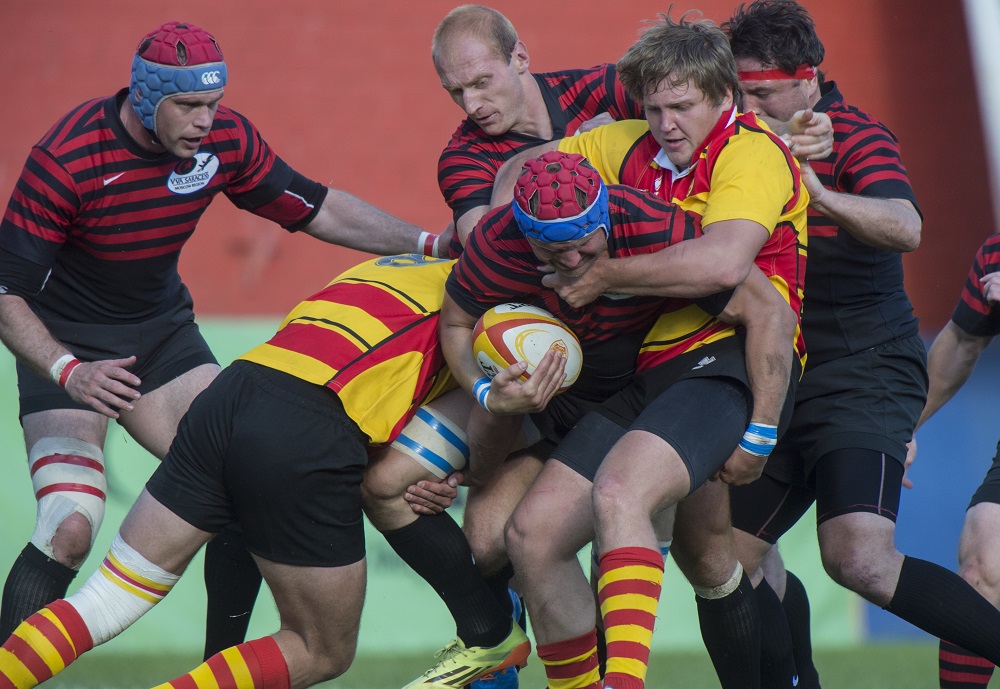 “VVA-Saracens Moscow region” beat “Slava”
Today in Moscow in a match with the capital “Glory”, finishing first round of the championship of Russia, “VVA-Saracens Moscow region” won a strong-willed victory. Game turned out dramatic, forced to be fidgety fans of both teams. The match account – 19:20 – speaks about it eloquently …
The home team opened the account on the 6th minute, having punched a penalty: 3:0 .
On the 9th minute – Alexey Andreyev’s attempt: 3:5 .
On 21-1 minutes – one more penalty of “Slava”: 6:5 .
The most part of the first period of team carried out on a “Slava” half, but it long didn’t bring result. Only last minute of the second time of a penalty area performed by Ilya Demushkin removes moninets forward: 6:8 .
In the second time “getter” “VVA-Saracens Moscow region” there was Ilya Demushkin. Successfully punched penalties on the 10th and 14th minutes increased the account: 6:14 .
On the 18th minute “Slava” reduces the account: 9:14, – also from a penalty.
On the 21st minute moninets make a mistake in defense, and the player of “Slava” still had only jumped aside in a record book of guests a ball: attempt, and the account again I became equal: 14:14 .
Two precisely realized penalties allowed moninets of the story in the account: 14:20 .
But some minutes prior to the termination of a match one more mistake in defense which the home team didn’t fail to use followed: “Glory” attempt, and the account I became menacing: 19:20 . Only inaccuracy performed by realization allowed to keep “VVA-Saracens Moscow region” a victory in this match.