Russia vs USA at Allianz Park 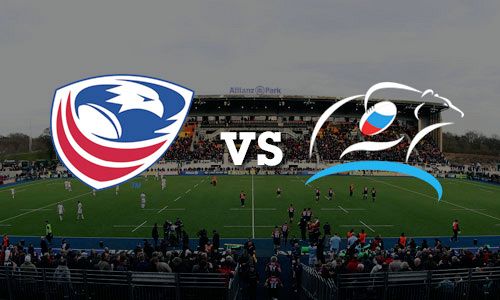 The US Eagles will play the Russian Bears at Allianz Park in north London, home of Saracens, on Saturday 23 November.

These emerging rugby powers will clash for the sixth time in the past decade, as they conclude their international schedules in 2013.

Howard Thomas, Vice-President of the Rugby Union of Russia said: “USA vs Russia fixtures in any sport are spectacular events. Rugby between our two countries caught the imagination of the rugby world during the RWC 2011 in New Zealand, and we expect another tight and intense match.”

Nigel Melville, USA Rugby CEO and President of rugby operations, said: “Russia are a highly competitive team, and we enjoy this intense rivalry. Some of our top players, Chris Wyles, Samu Manoa and Blaine Scully, compete in the Premiership and we’re looking forward to performing in England. ”

Nigel Wray, chairman of Saracens, said: “Allianz Park is becoming renowned as a wonderful place to watch and play rugby, and we look forward to staging what will be the first full international match at our home in north London.”

Tickets, from £10 for adults, are available at www.ticketmaster.co.uk.