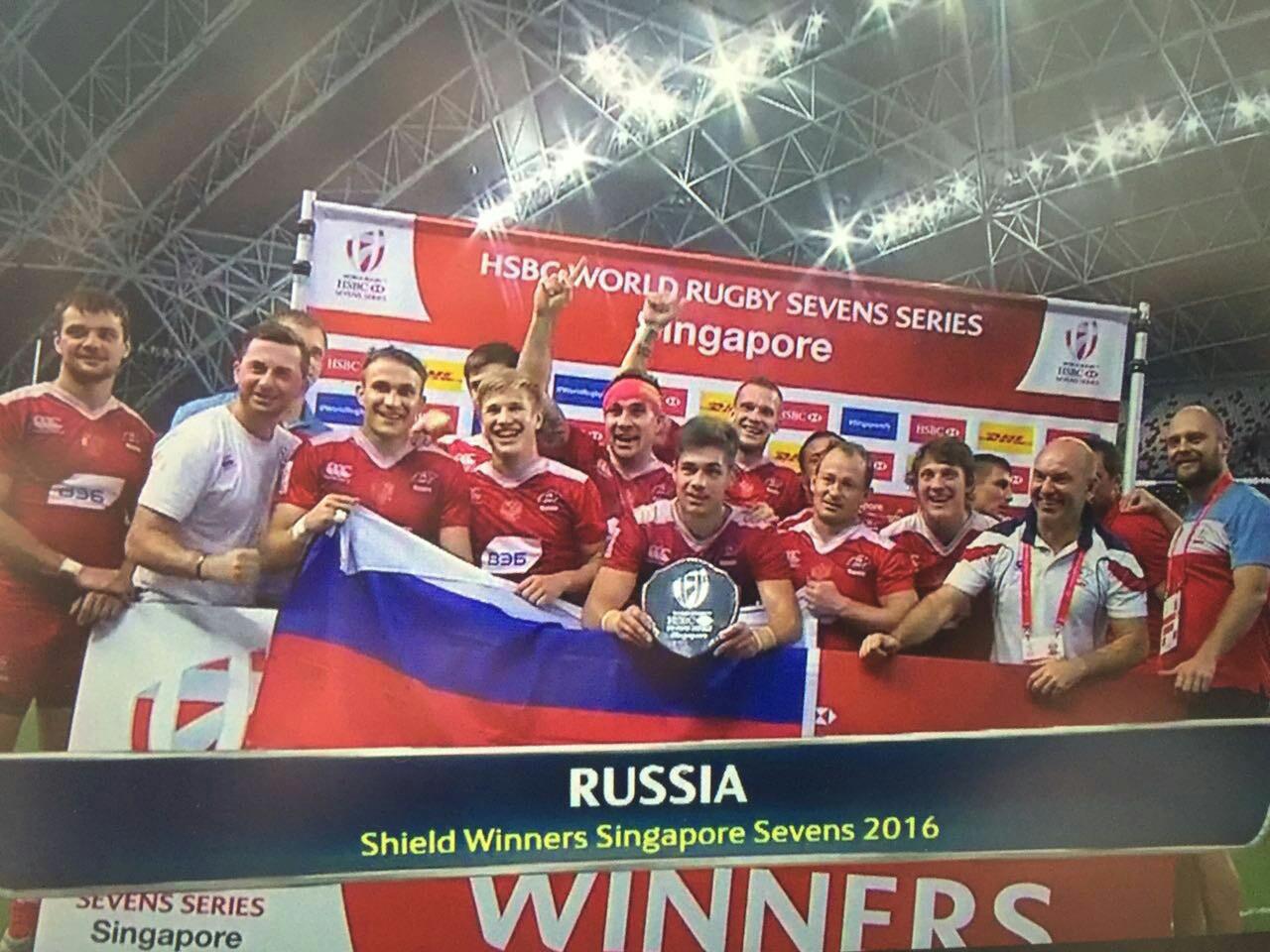 04/18/2016
In the group stage of the Russian national team in rugby-7 met with the national team of Kenya, South Africa and Scotland.
In the first match day of the start of the game on one attempt Russians Kenyans responded with three attempts: 21: 7.
In the second match of the Russian team was close to the sensation. Meeting with South Africans began not on the usual for a hot continent player scenario. Vladislav Sozonov managed to break the legendary defense, and after the first period, the Russians led 5: 0. In the second period the second attempt Vladislav Sozonova instilled hope in the Russian fans at sporting miracle, but a series of forced errors and received in the course of the match injured players are not allowed to save the result and the match ended in favor of South Africa 21:10.
Do not bring the victory and the final group stage match against Scotland: 36:17.
In the second game day, our team continued to fight for the 9th place. Contender on a quarterfinal teams became the US team. Unfortunately, the outcome of the meeting was the score 24: 5 in favor of the Americans, and our team has entered the competition for “The Shield» (Shield).
In the quarterfinals of the “Shield” Russians met with the Japanese team, which won a strong-willed victory: at the end our team lost to normal time, but the attempt Herman Davydova turn the game, and the match ended 17:15 in favor of the Russian team.
At the end of the Shield our team waited meeting with Wales in which our guys have left no chance to his opponent. After the first time the Russians were 5: 0, and the meeting ended with a score of 24: 7, becoming the owners of Shieid! In the final match one of the winning attempt to put Ilya Babayev.
The ninth stage of the World Series Rugby-7 will be held in Paris on May 13-15. As a result of the draw, our team will play in Group A along with teams from Kenya, New Zealand and Portugal.