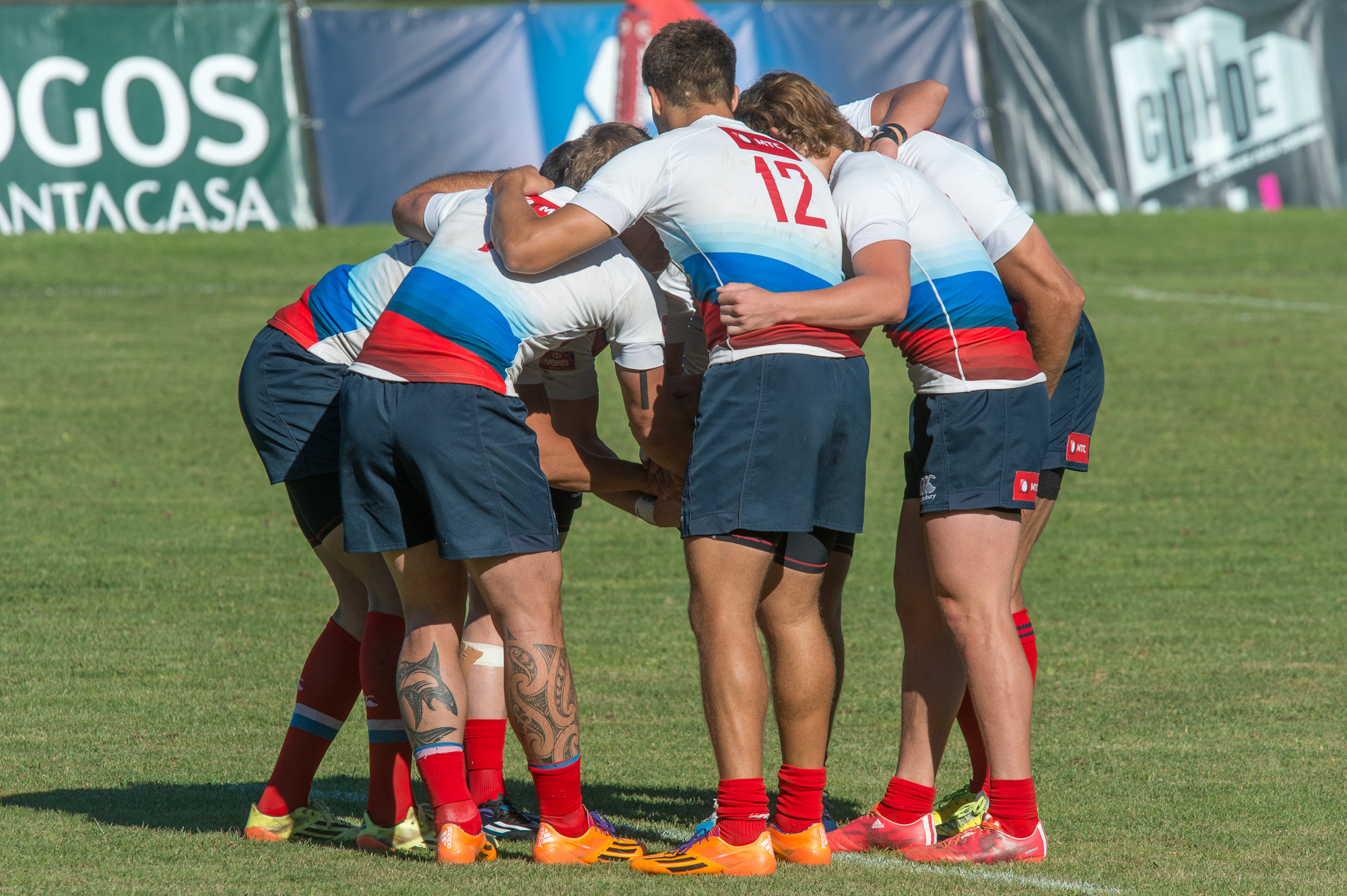 06/04/2016
Today in Moscow hosted matches of the group stage of the European Grand Prix Rugby 7.
In the first game day of the Russian national team met with teams from Lithuania, Georgia and the United Kingdom. In the first two matches of the Russians believes have won 40: 0 – the result of a meeting with Lithuania, and 12: 5 – Georgia (one attempt – on account of Ilya Babayev).
In the final match of the first game of the day the British were stronger than 17:12.
According to the results of the meetings, our team took second place in the group and will play tomorrow in the playoff for 1-4 places. The first match of the national team will be meeting with the Spanish national team.