The Russian national team – participant in all stages of the World Series in rugby-7 season 2016/2017! 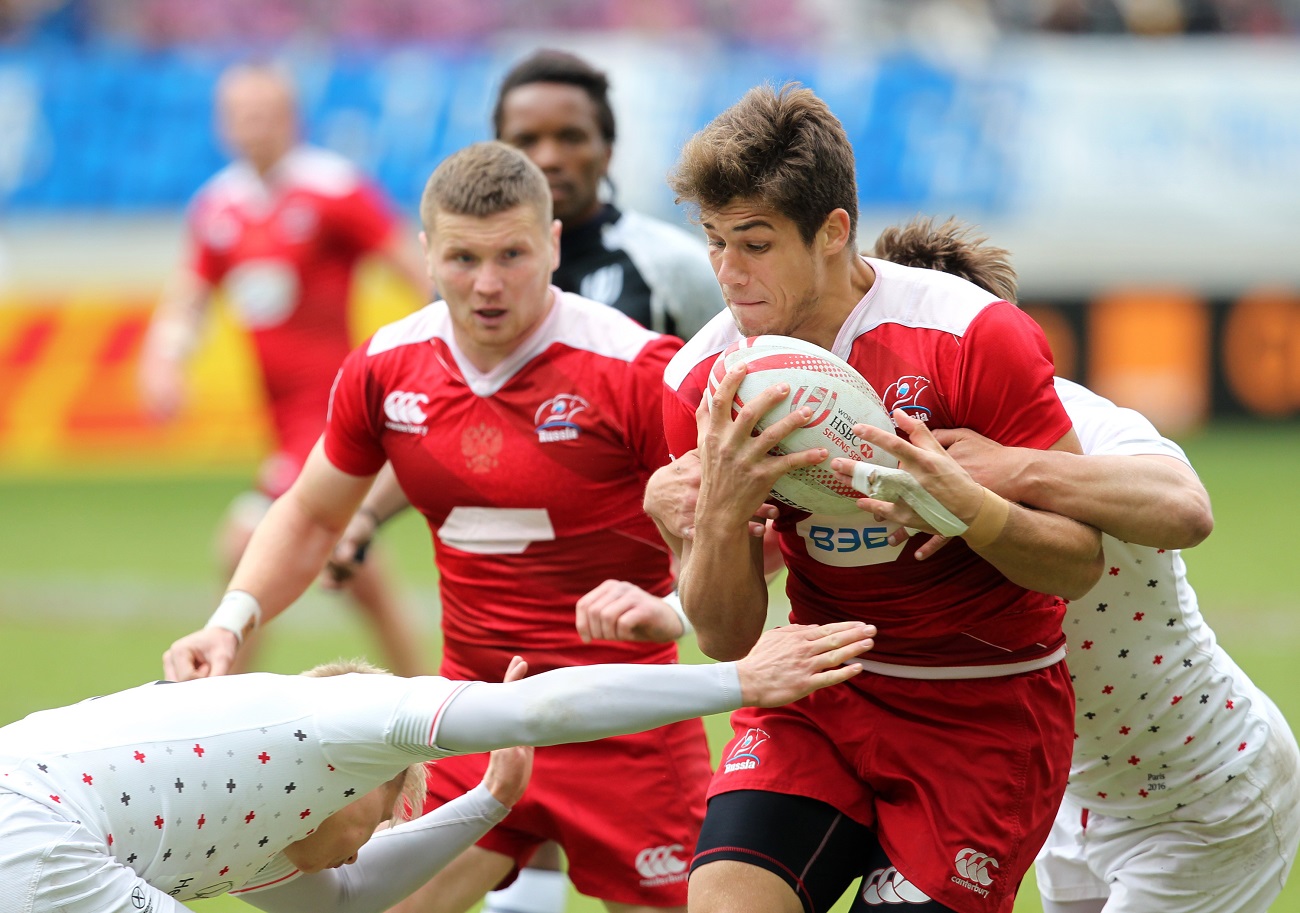 05/23/2016
Last night in London ended the last – the tenth – a stage of the World Series in rugby-7 season 2015/2016.
In the last year, winning the qualifying round in Hong Kong, our team for the first time in its history, won the right to participate in all the rounds of the world’s rugby elite.
The main task of our debutants were to gain a foothold among the regular participants Series. Yesterday in London the Russian team coped with this task!
In the group stage the Russian team met with teams from Argentina, New Zealand and Brazil.
After the first half, with the Argentines score was equal 12:12. One of the attempts of Russians – in equity, rugby “VVA-Saracens Moscow region” – Herman Davydov. But it was not possible to keep an equal game in the second half and the match ended in victory for the opponent 12:22.
In the second match with the leaders of the group – New Zealand – an attempt to stir Herman Davydov again. But overall, the score was for New Zealanders: 35:10.
In the final match of the day our guys met with the owners of the nearest Summer Olympics – Brazil. In this match did not raise questions about leadership: 7: 5 after the first half, and 14: 5 – the final score with the benefit of the Russian national team.
In the second game day, our team continued to fight for the 9 th Stage. The first match was a meeting with the Samoan national team. Regular time ended in a draw 17:17, but in stoppage time, the Samoans were able to take advantage of a mistake and put the Russians try winning 17:22.
In the second match, our team met with its major competitors for “registration” in the World Series – the Portuguese national team. The advantage of our team was undeniable: 26: 7. Even losing Kenyans in the final game day of the match could not affect the main result – our team winning the right to participate in the next season of the World Series!
In the national team at the final stage of the series includes the players and coaching and administrative staff “VVA-Moscow” Mikhail Babaev, Ilya Babayev, German Davydov Vitaly Givat Andrey Sorokin, Alexander Yanyushkin and Alexander Tsvetkov.
Upon returning home, the Russian national team will begin preparations for the first round of the Rugby-7 championship of Europe and its main competition this year – the qualifying tournament for the Olympic Games 2016.