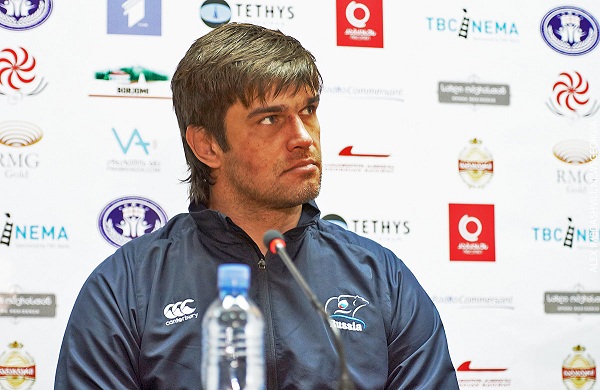 06/05/2016
On the eve of the opening match of the Russian Championship 2016 Rugby Captain “VVA-SAracens Moscow region” Alexander Voitov told the press service of the club pre-season training and the upcoming match with the “Kuban”:
- Compared with last season we had a full training: team twice going to the training camp in Krymsk, we played four Test matches.
The team are in good shape. I am sure we will add from match to match. The main part will appear young players who last season went mainly on replacing. This will give us a good boost.
Alexander and shared their impressions about the opponent in the first match of the season:
- I believe that the “Kuban” – the big fellows, which returned to the rugby-15. At the beginning of the season, the team has shown itself very well in the test matches.
The team has good potential, a large number of young and experienced players, good coaching staff, who sees where to go, and leads the team with him.
With the “Kuban” it will be difficult not only to us, but also the champions and vice-championship.